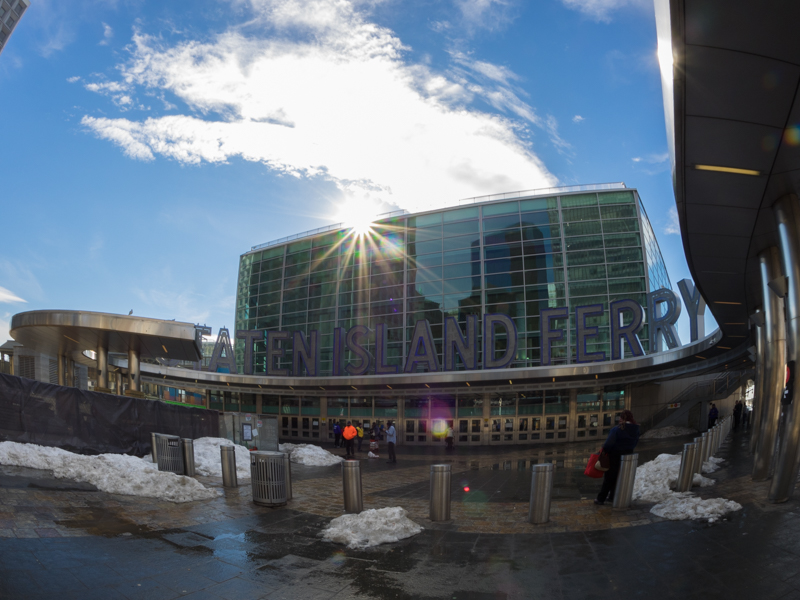 Poking around online I learned that the ferry to Staten Island is free! I've never been there and the weather was predicted to be in the 50's (it was) so I figured it was a nice day to cross the bay in the middle of winter. The ferry passes the Statue of Liberty and Ellis Island so for anyone on a budget that wants to see these places from the water, you can't beat the price.

Staten Island was under construction and rather droopy looking from the ferry landing. There were some groups of young men hanging around on the walkway by the water. For some reason they reminded me of the sketchy guys that come after Bella in the Twilight movie and since I did not have an Edward lurking around the corner I decided to keep my visit to Staten Island limited to the immediate area around the ferry and not venture into town. My plan for the day was just the ferry so I was fine with that.

A goal was to "see" more in black & white so there are a number of black & white photos for this entry. My mood was not good on this day, not sure why. 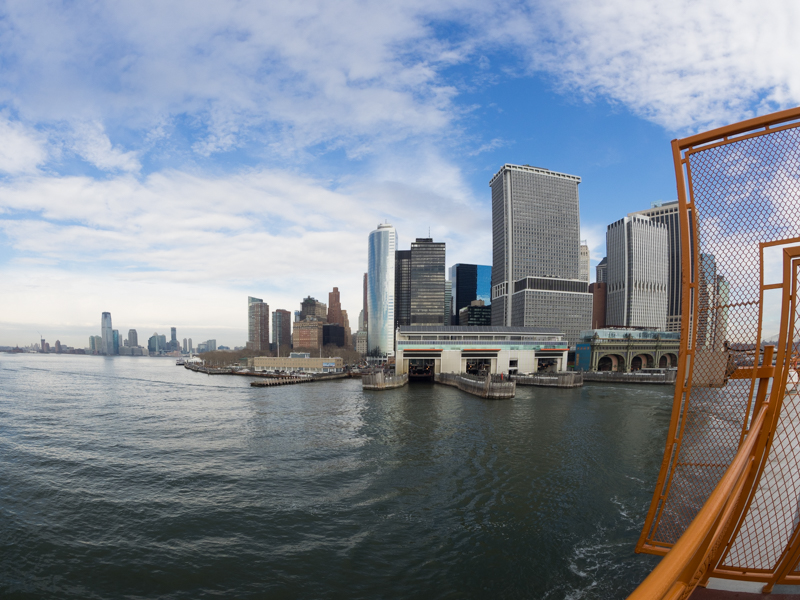 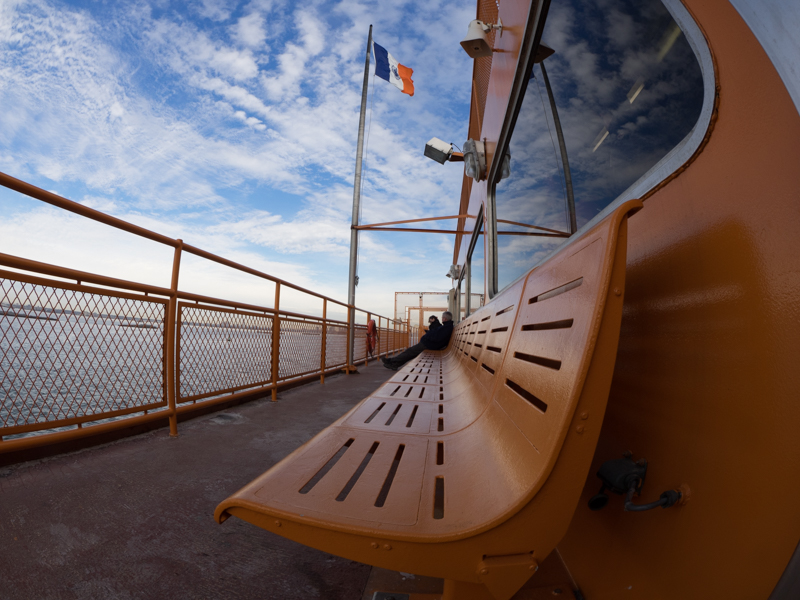 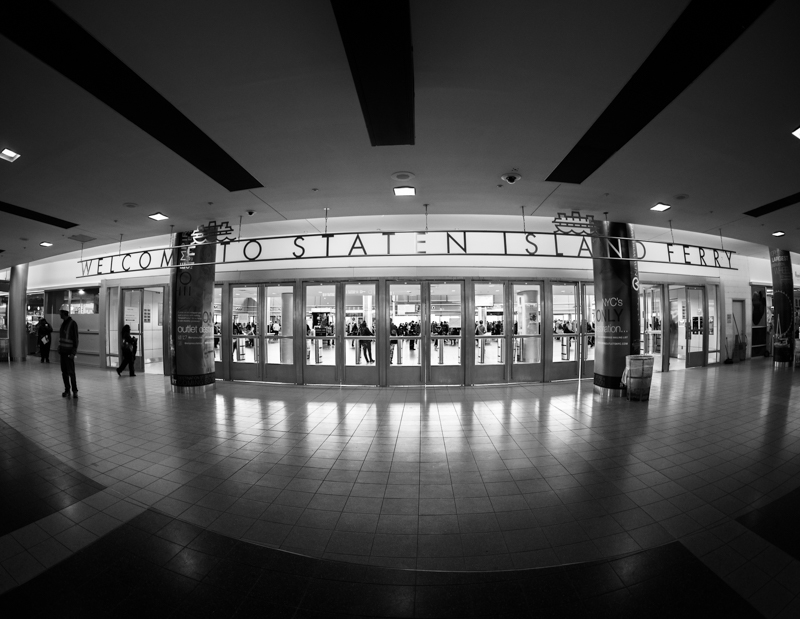 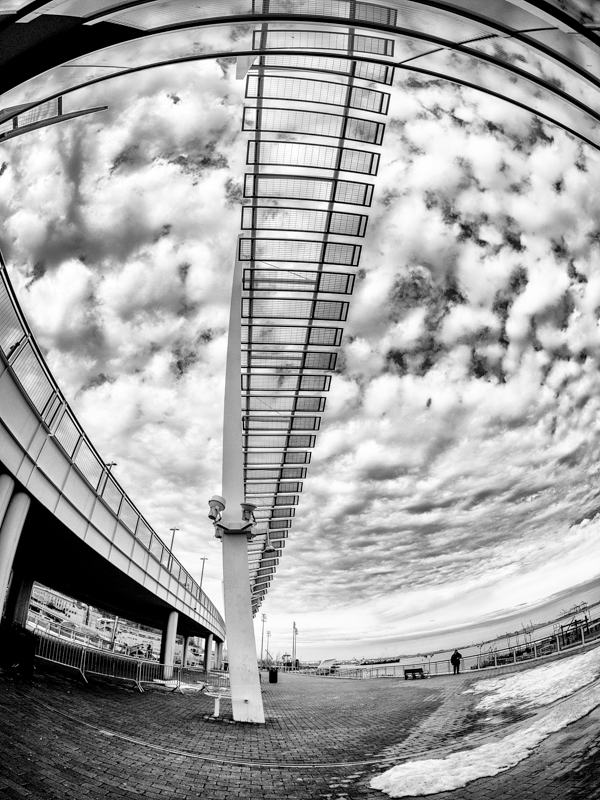 Outside the ferry station. 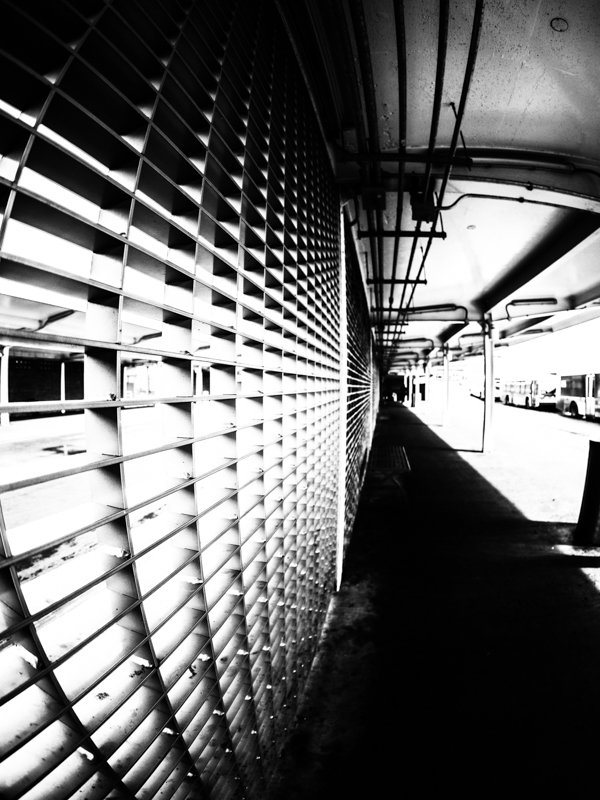 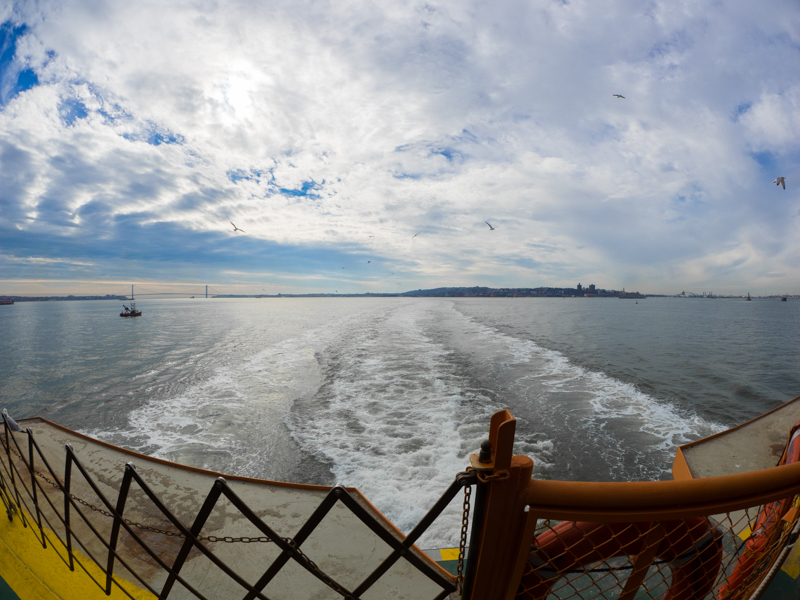 Leaving Staten Island (only an hour later!). Definitely wasn't feel it there today. 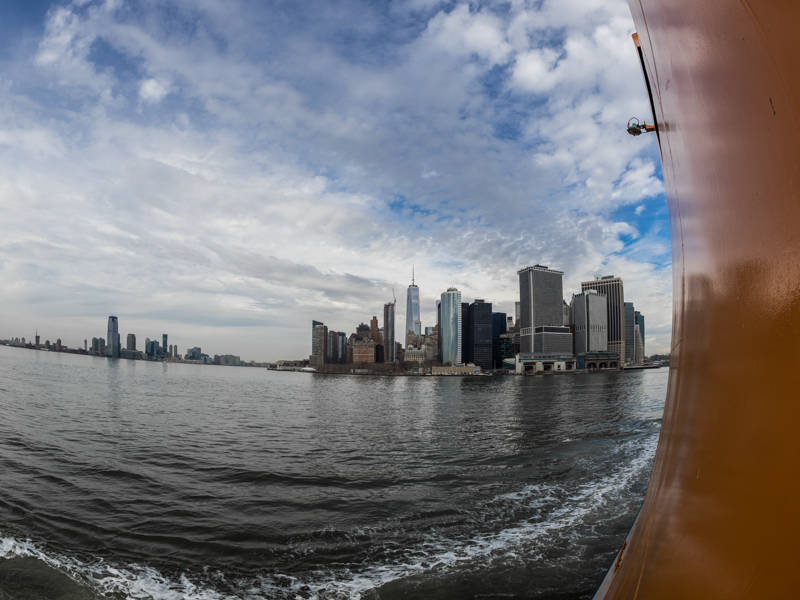 Getting close to Manhattan. The ferry ride is only 25 minutes.

When I got back to Manhattan I headed over to Battery Park which was right by the ferry station. 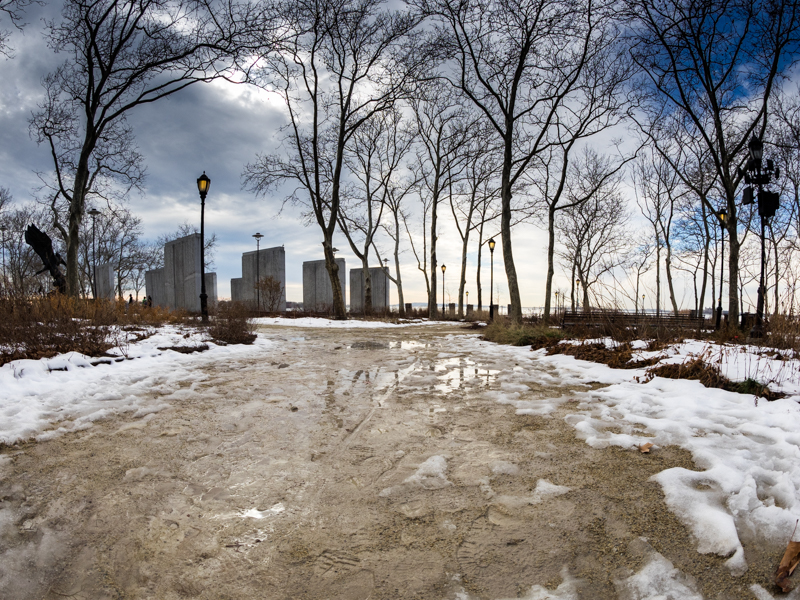 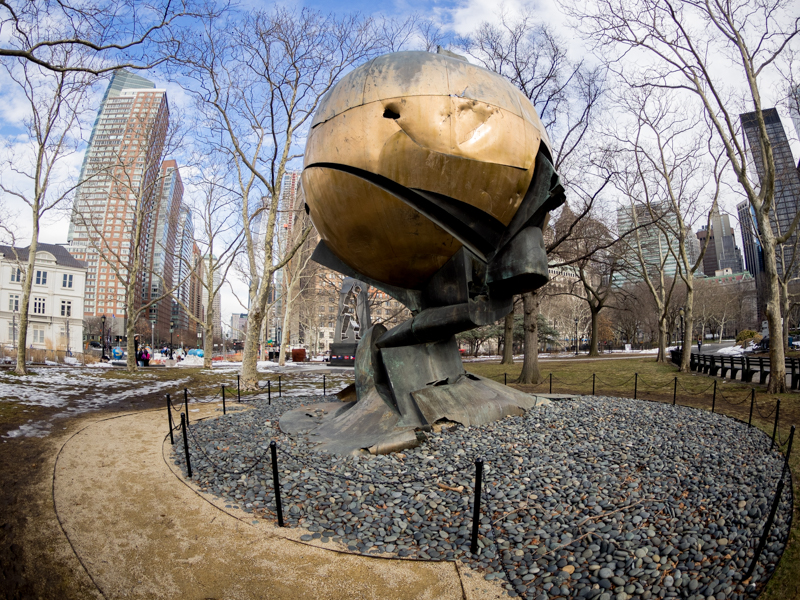 9/11 happened 14 years ago as of this writing. This statue is called "The Sphere" by Fritz Koenig. It stood on the plaza of the World Trade Center for 30 years. It was damaged during the attack but survived. They moved it to the park in 2012. There is an eternal flame that was lit by it in 2012 as well. Click here to view a picture of The Sphere a few days after the 9/11 attack. 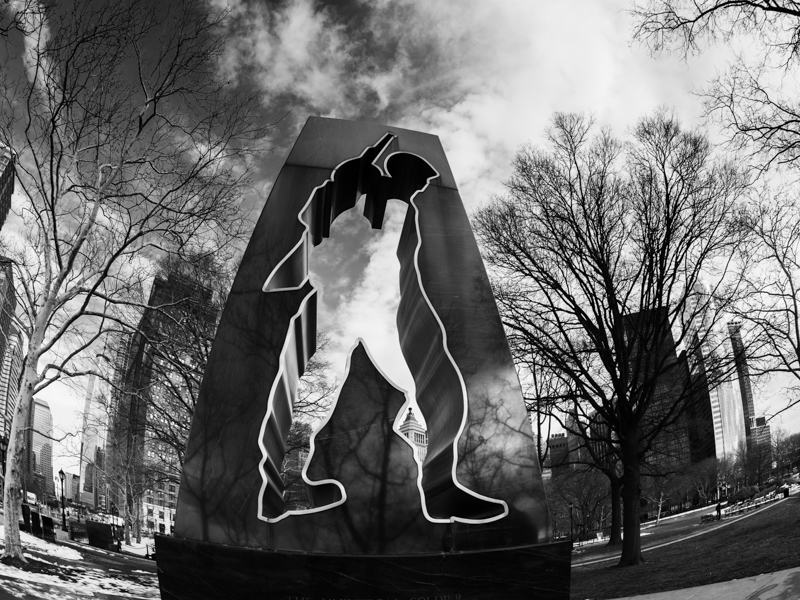 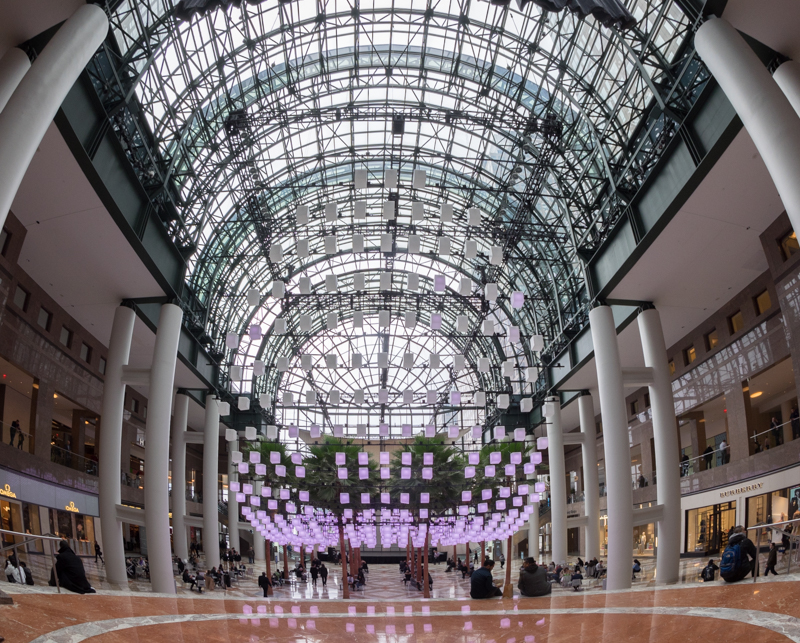 Brookfield Place, very close to the 9/11 memorial area and new Freedom Tower.  On another day I will shoot it from the outside (you may recognize it).  I've seen it before but never went in until today.  Did not disappoint, it's breathtaking in there. 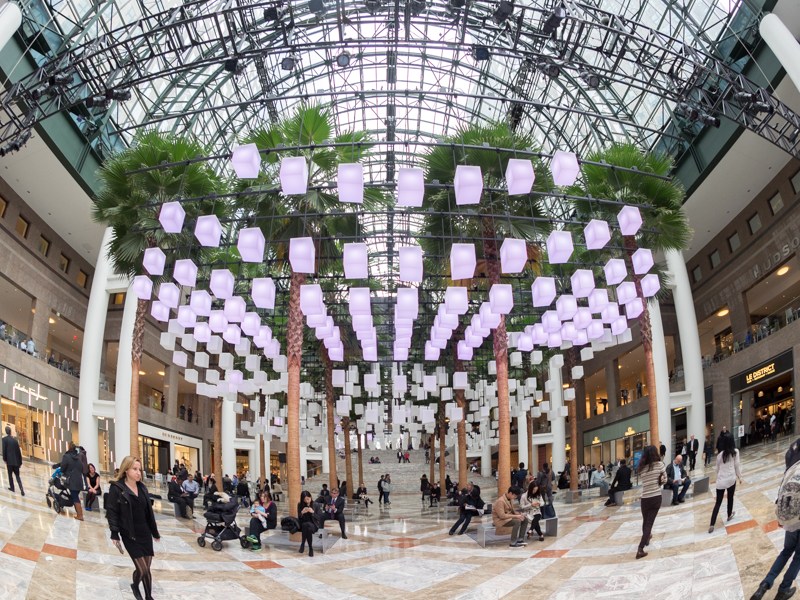 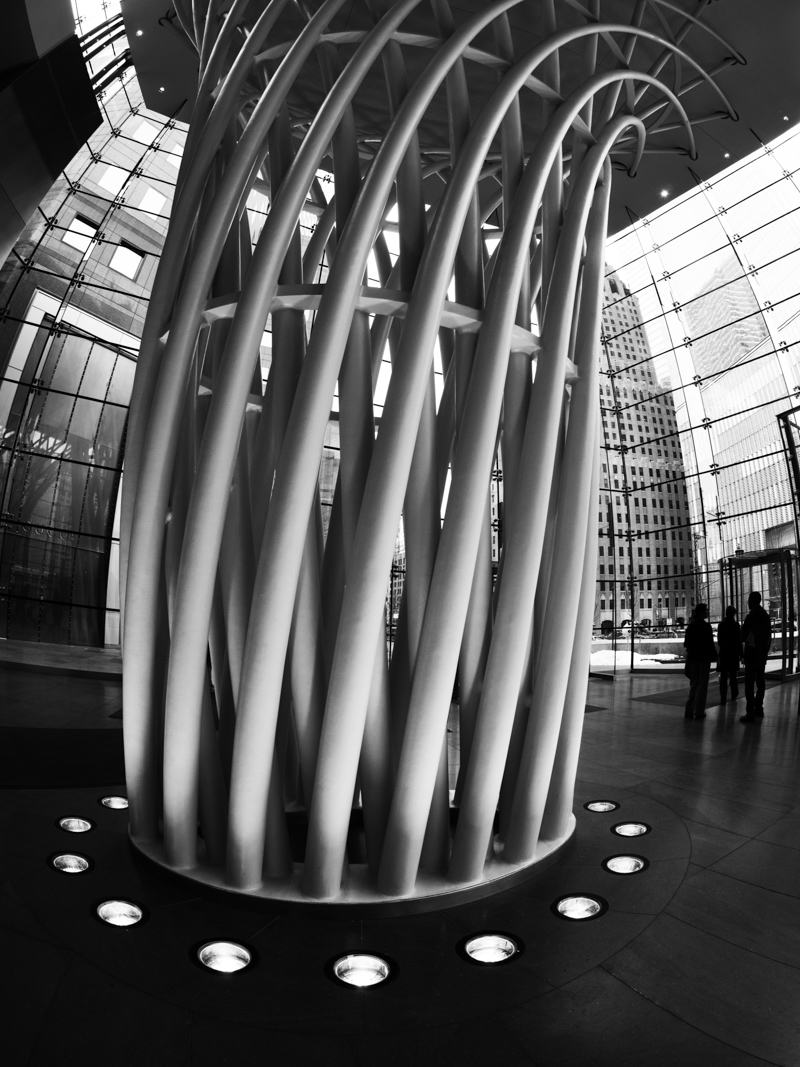 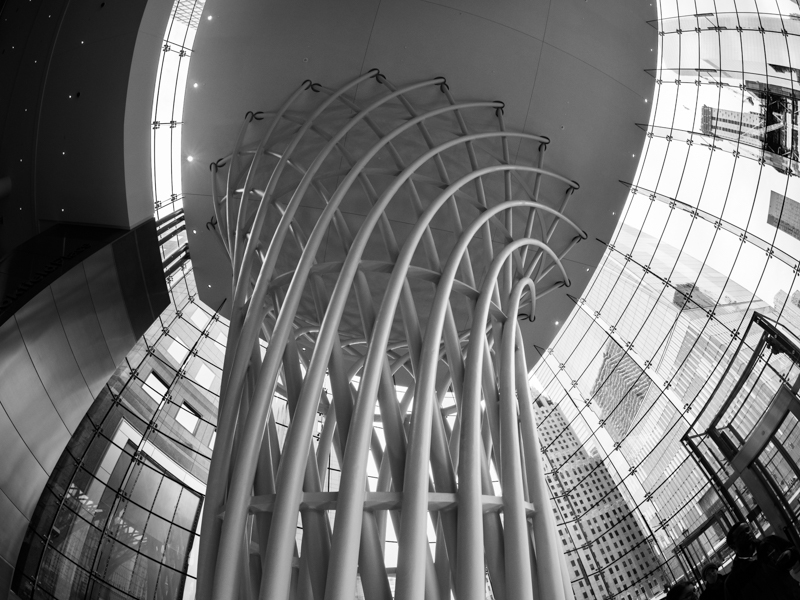 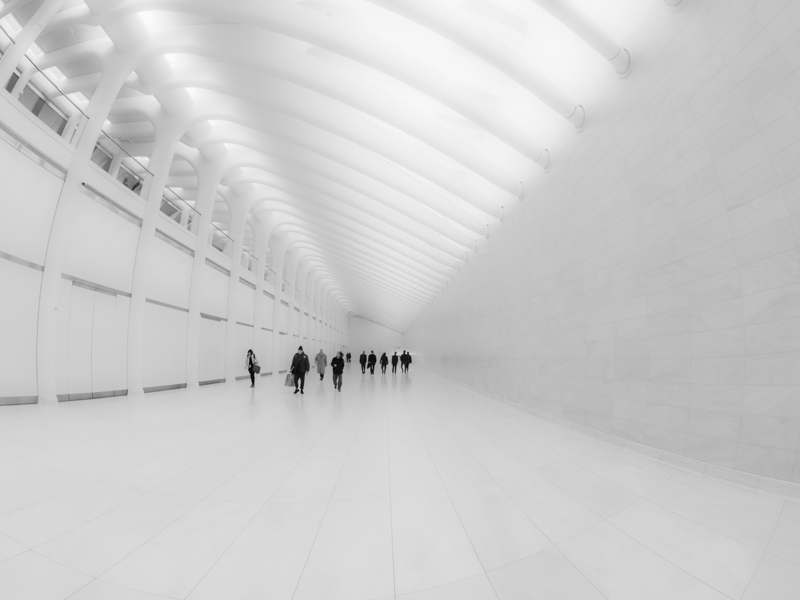 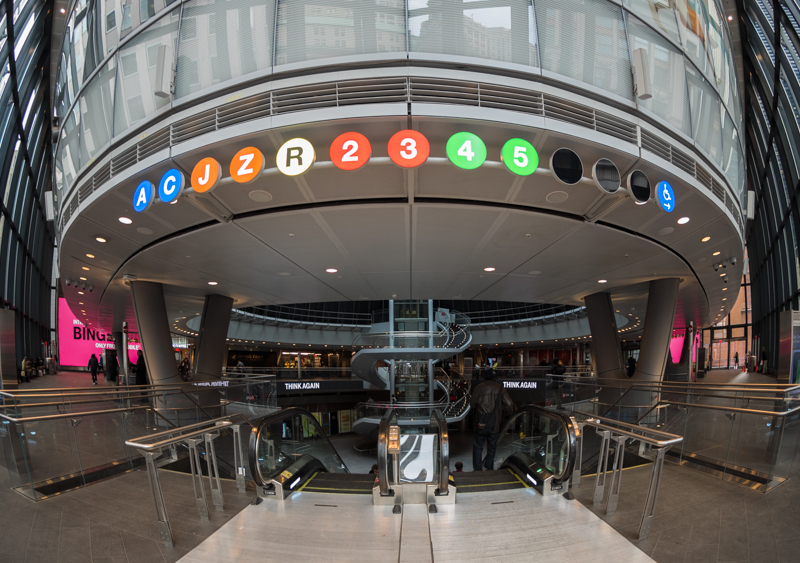 Fulton subway station near the 9/11 area. 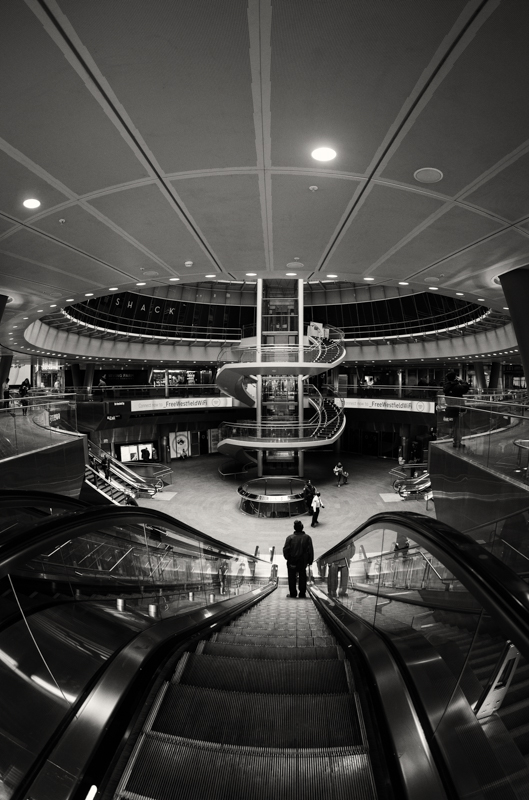 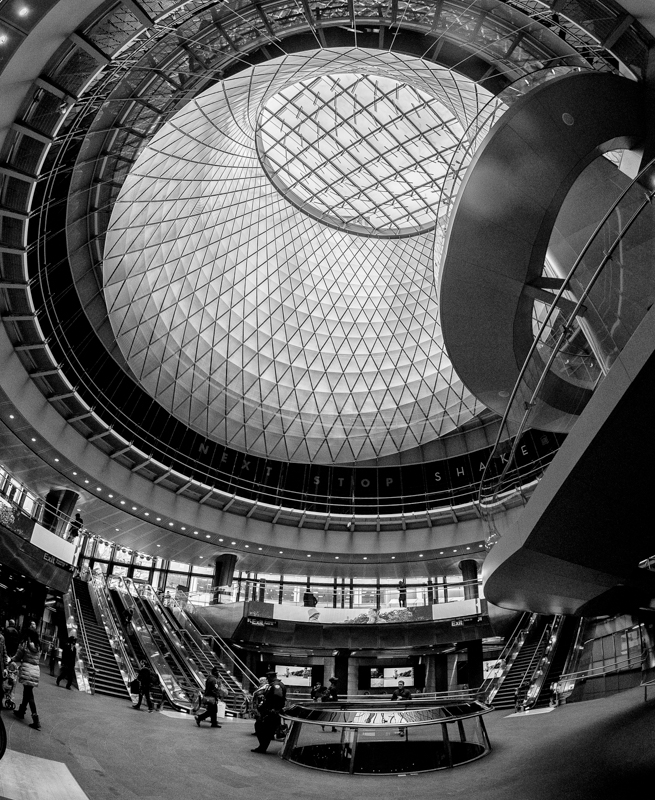 Truly outstanding architecture, such talent to design and construct. 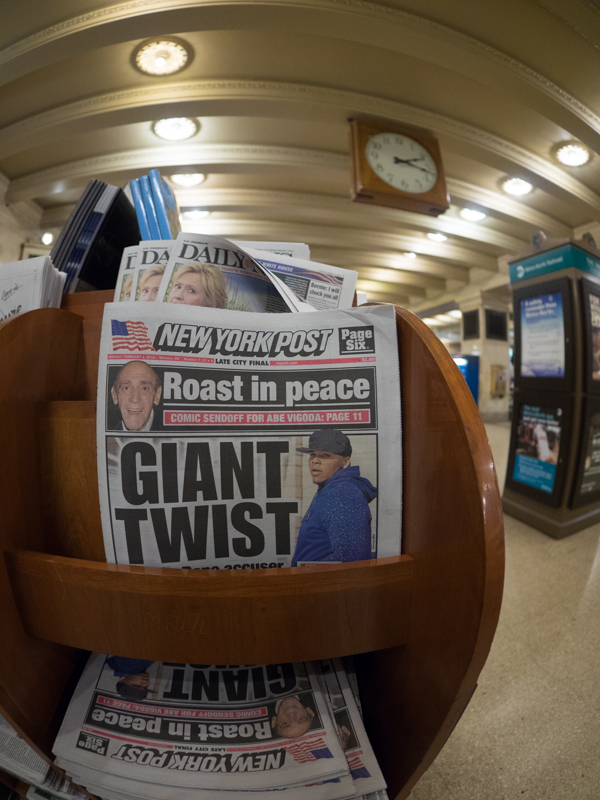 Until the next Magic Monday!