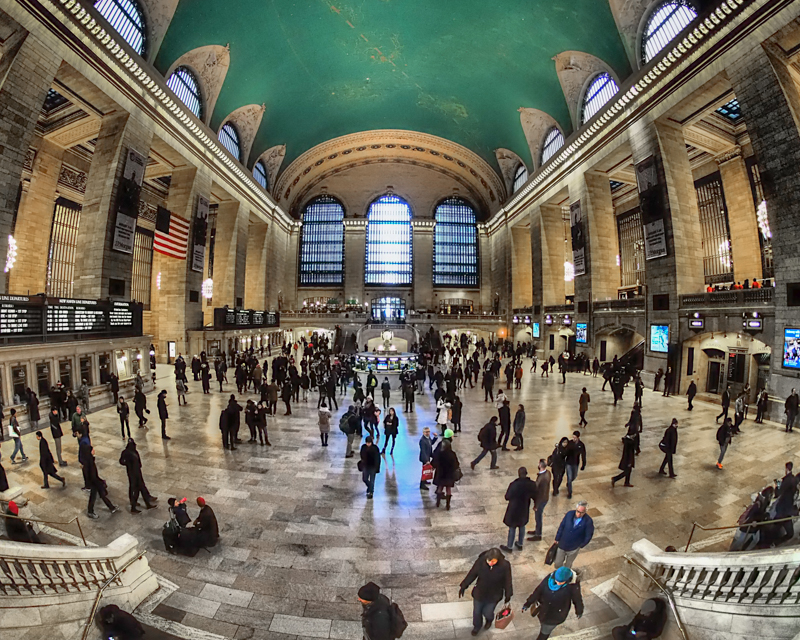 Week 1 was all Grand Central. I took a guided tour with a small group and our guide, Jason. He was very informative, and he provided headsets for all of us so we could hear him inside and outside the building which I appreciated since my hearing in noisy places is not ideal. I learned about the Campbell Apartment (this used to be the office of John W Campbell the chairman of the Credit Clearing House. The reason this became know as the apartment rather than the office is due to the amount of time John W Campbell spent there. He would usually sleep in the office rather than going home which was on Park Avenue), the hole in the ceiling, the soot that was cleaned off the ceiling, how you can rent the Vandberbilt Hall for $25k a day, and that there's a spiral staircase under the clock in the middle of Grand Central that takes you downstairs. There were other tidbits but memorizing facts is not really my thing. 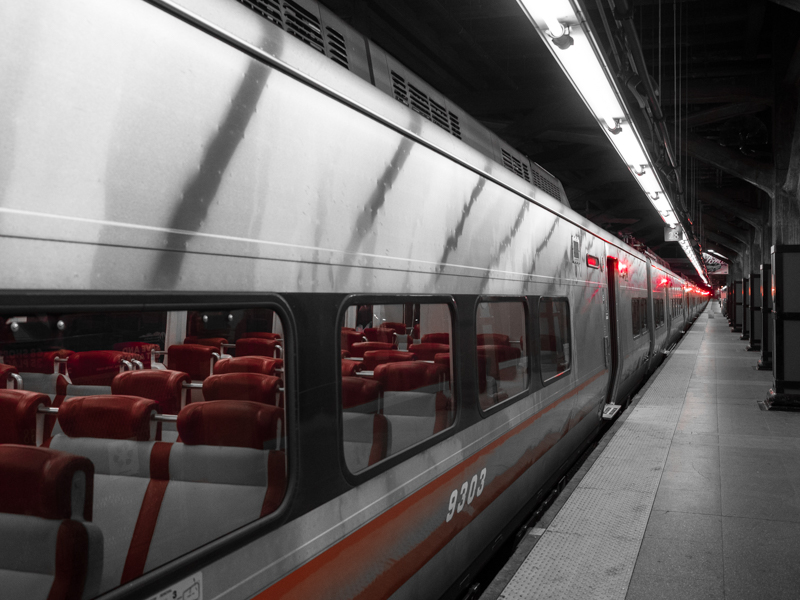 My first train into the city. The engineer was wearing a Red Sox hat which seemed ironic. I suppose anything goes here. 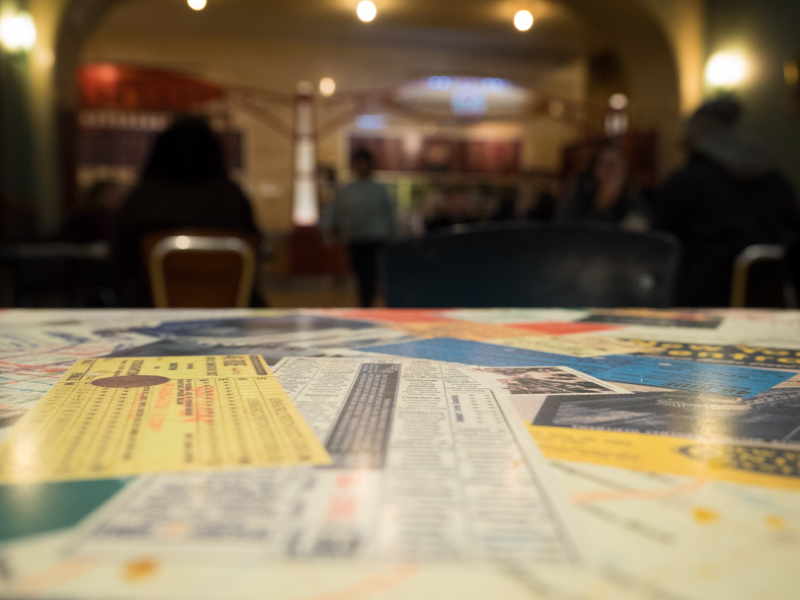 In the eating area in the lower level of Grand Central. This was taken with the camera on the table, they have pretty tables with all sorts of tickets, etc, embedded into the top. I like abstracts and I really liked this one.

It was on this table I started my hand written journal (writing journals are not my thing, this is a stretch) about this 52 week endeavor. I mostly wrote about how I didn't know why the #$%&* I was there, and how I felt totally uncomfortable with the project. Out of my comfort zone! 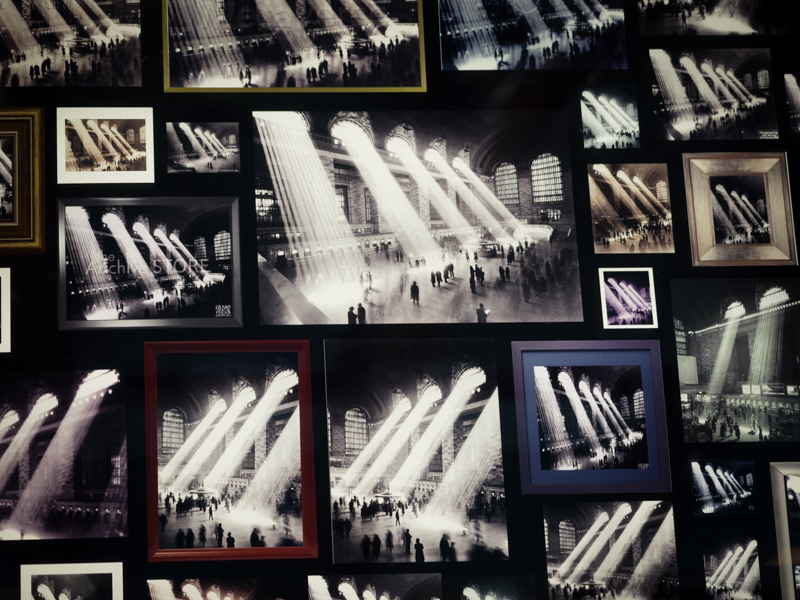 Someone had compiled all these vintage images of Grand Central through the years and had these backlit images throughout the sitting area in the food court. As usual, I kinda felt like I was late to the game to create something new in the photographic world (or really anywhere). Big insecurity I have. But hey, I was here and I decided to do this project...SO...moving forward.... 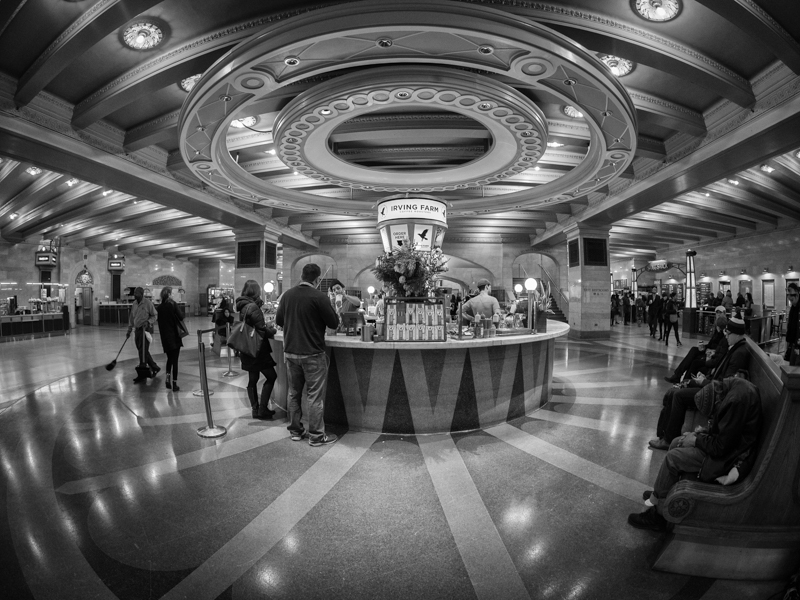 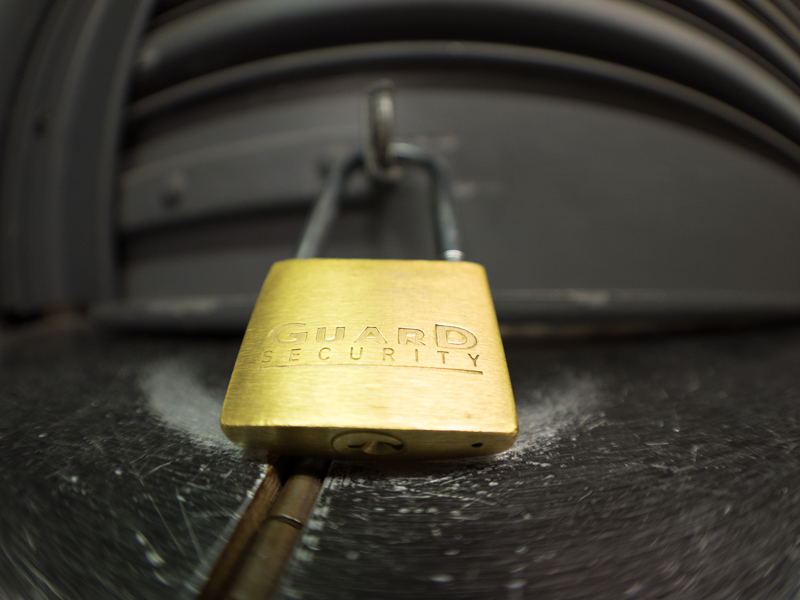 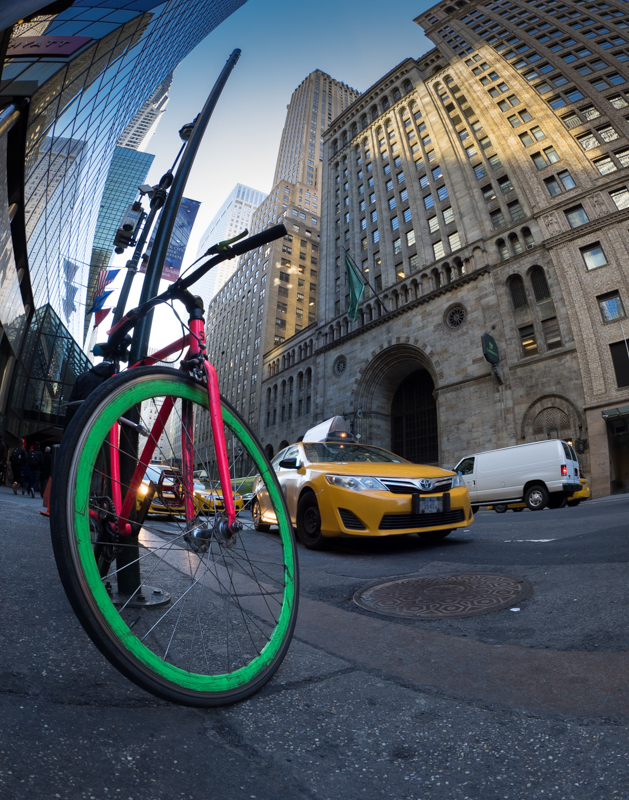 I freakin' love the Olympus 8mm fisheye in the city. 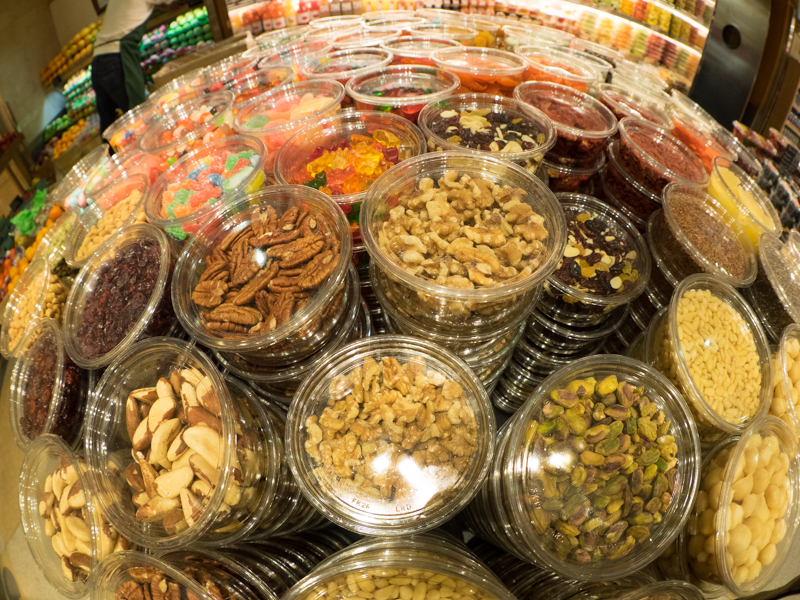 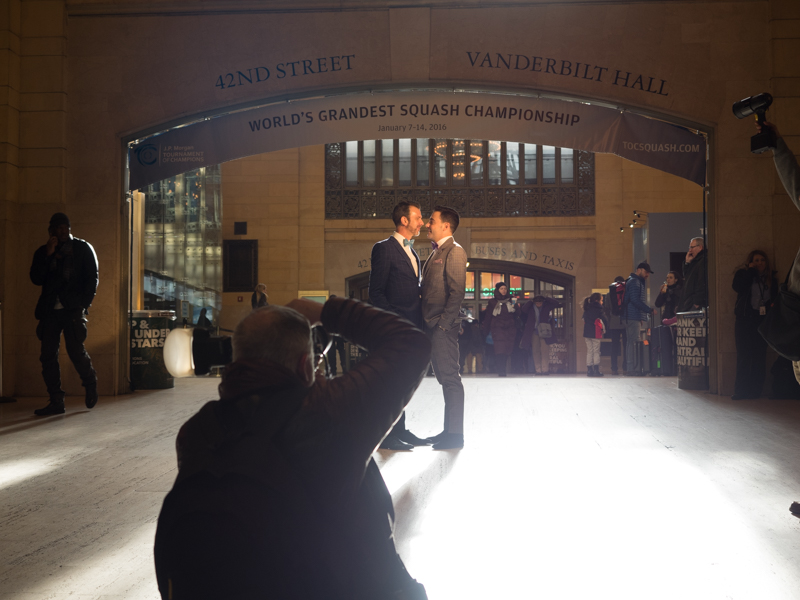 I saw two wedding couples being photographed in Grand Central on my first day. On a Monday. In the middle of the afternoon. This city runs on a "whatever" schedule as far as what day is normal to get married. 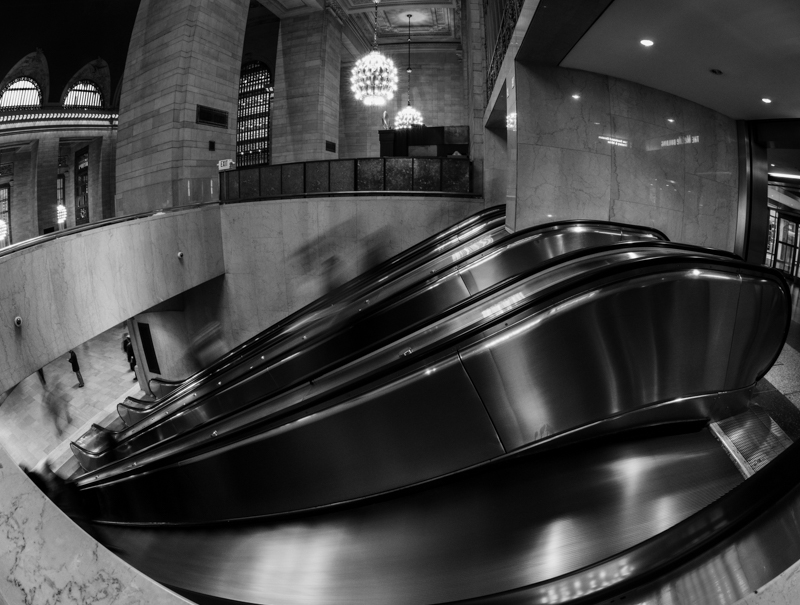 Escalator taken from the Apple Store on the upper level East Side of Grand Central. The Apple store is stunningly huge. I wanted the people on the escalator blurry so I propped the camera on the ledge and shot a few pics. 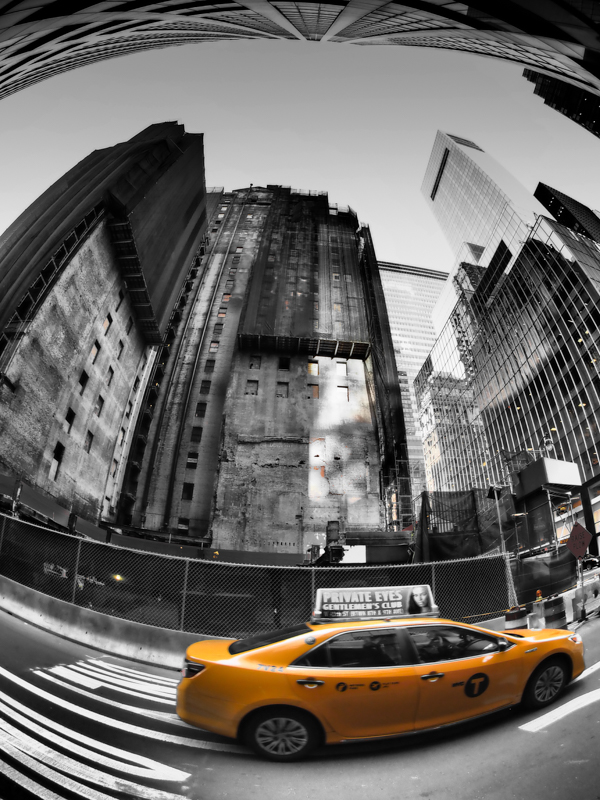 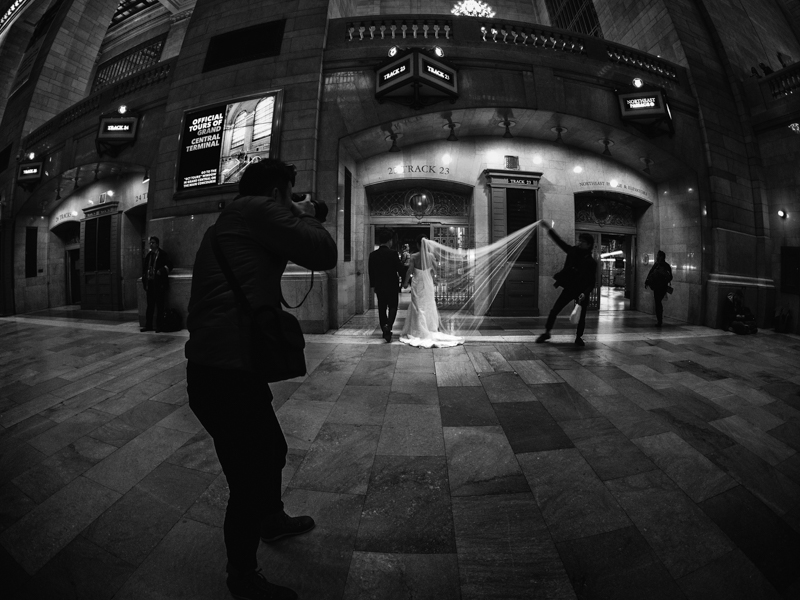 Favorite photo of the day. I can't really take credit, I'm photographing a photographer and his assistant setting up the shot. But I can take credit for my edits to create the black & white. I made I think 4 versions of B/W but this was my favorite. 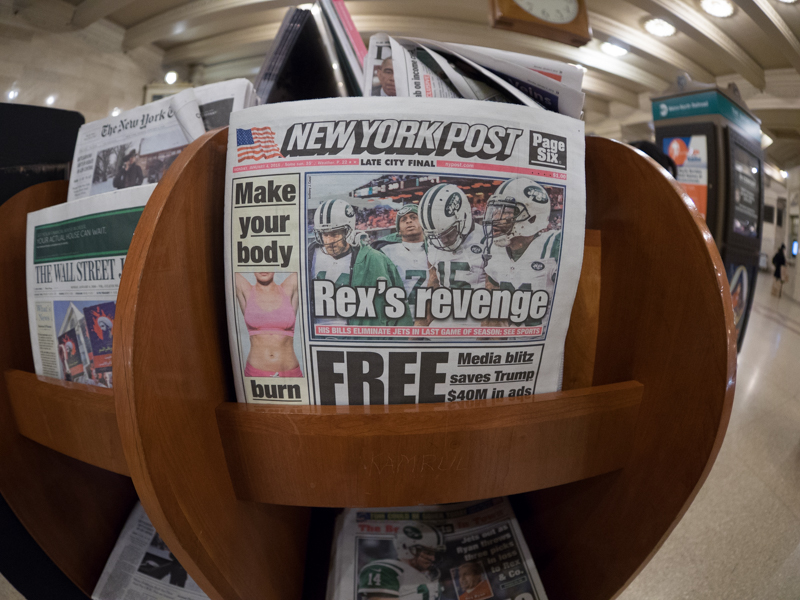 My goal is to remember to end every Monday with a pic of the New York Post just to show that I was really there. And I buy one as a thank you gift for my husband who drops me off and picks me up at the Milford, CT train station most weeks.

Until the next Magic Monday. xo